“CSO Stories” featured Steven Lewis’ contribution to the sound of the Chicago Symphony Orchestra's horn section in a September, 2020 story. 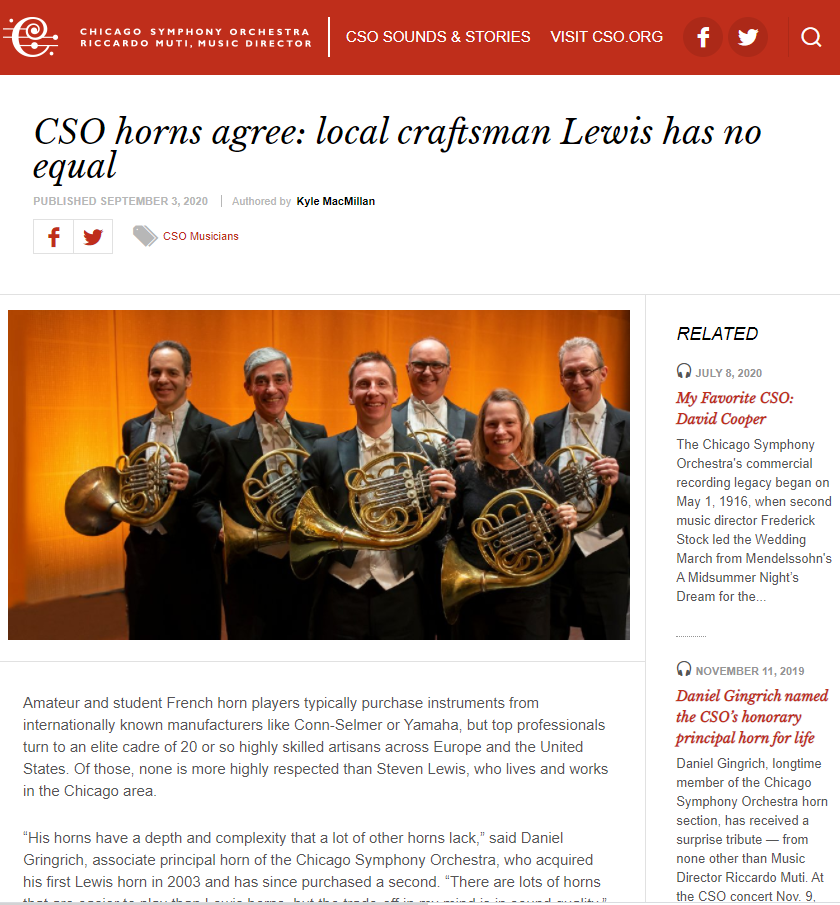 David’s first professional symphonic appointment was as acting principal horn of the Victoria Symphony from 2006–2008. David joined the Fort Worth Symphony as co-associate principal horn and served in that role from 2008–2011.

David Cooper’s passion for the French horn is in his blood, with both his uncle and grandmother serving as horn players in the Lansing Symphony Orchestra. At age 11 David “earned” his grandmother’s horn after proving he could play his first scale. She sent him home with a couple of Dennis Brain recordings and he says he has been “enthralled with the horn ever since.” He began his studies right away with Dr. Dale Bartlett, his Grandmother’s former colleague in the Lansing Symphony. David played with Michigan State University ensembles during high school starting when only 15. He was in the top MSU collegiate ensemble at age 16.

David attended the Curtis Institute of Music in Philadelphia from 2002–2004 and was awarded a Tanglewood Fellowship in 2003.

David did a year of service as an Americorps intern with the Jefferson Land Trust in Port Townsend, Washington after completing his studies and retains a passion for the outdoors.

In 2019, he released his second solo CD, “Impressions,” available for purchase from CD Baby and iTunes and for streaming through many other services.

We will be posting relevant news about artists and instruments here occasionally.